Back in May 1981 the late Ran Hawthorne had a chance to put his Fowler Roller “Busy Bee” to the job it was intended for. The Thames Valley Shooting club required a car park to be rolled at Tomb Farm, Lower Basildon, Berks, organised by the owners Jim Ambler and Tony Lightfoot.  With Ralph Brown and Bob Staunton crewing, Ran set off on the journey from Woodcote to Lower Basildon…

Fowler Roller no. 14674 was new to Henley RDC in 1922. After a brief spell in preservation with Peter Barker of Hurst, it has been with the Hawthorne Family for over 50 years (more than half its life!).

Words and pictures by the late Ralph Brown.

General View of the valley at Tomb Farm

Ralph Brown and Ran Hawthorne. Add a beard and its Richard Hawthorne! 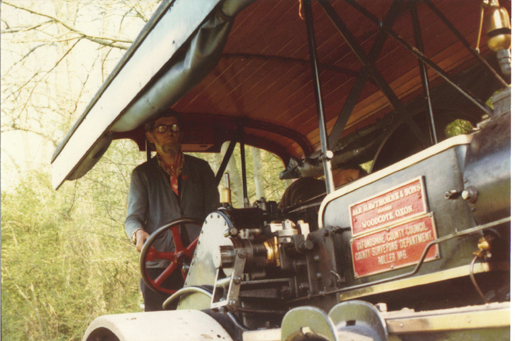 Ralph Brown rolling forward. Note the sheets rolled up under the awning in the proper fashion. Take the beard off and its Tom Brown! 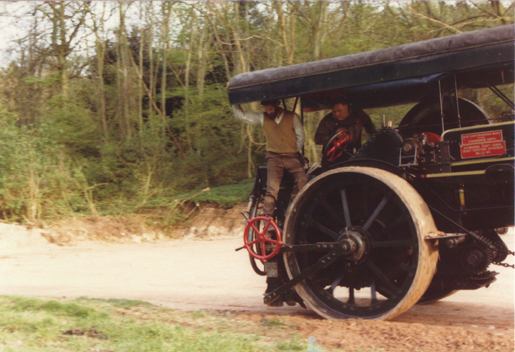 Ran rolls the edge of the car park as Bob hangs on on a precarious fashion! 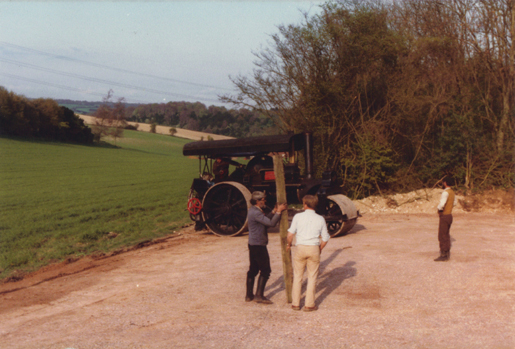 Conference between Ralph and Tony, Bob looks on

Ran has a "go" all by himself!

Top of the Valley, Ran and Ralph are still "edging". I bet that unique Fowler "chuff" sounded lovely up the valley

Ralph and Bob contemplate the next move

"Busy Bee" takes a breather, in the sunshine

1 Response to Rolling by Steam