This will take place on Tuesday Evening 10th June.

We meet for tea and biscuits at 7.00pm in the museum lecture hall after the introductions a presentation will be given about the early years of flying at Farnborough starting with Samuel Cody we are then free to look around the museum.

A charge of £5 per head will cover the museum part of the evening.

More details about the museum can be found on their website.

No other single location in the world has contributed so much to the development of aeronautical science over such a long period of time as Farnborough.  From the first airborne cameras and flying clothing to high altitude ‘space suits’, night vision aids, head-up cockpit displays and the first carbon fibre experiments – the list of Farnborough’s aerospace contributions is endless.

Farnborough was originally a small town in England, south west of London with some fine mid-19th Century buildings and, importantly, close to open heath and to Aldershot – the home of the British Army.  It grew into the foremost location for British aviation research and development.  The connection with aviation spanned most of the 20th Century.
By far the most significant era was that of The Royal Aircraft Establishment

The postcode of the museum is GU14 6TF. See map below: 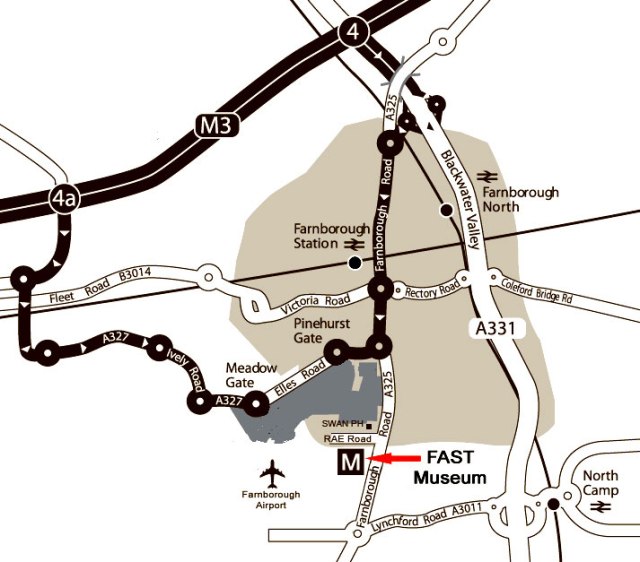