You’d never have believed it was the same season – dust in the gateway, engines moving around a field, sun burnt faces, and glorious sunshine… This year’s Cholsey Chuff was lucky to escape the horrendous weather we’ve been having. Rally goers were like a load of caged lions being let out!

The engine line up before heading out for a run

Thames Valley Traction Engine Club members gathered at the premesis of Richard Hawthorne on the Saturday for an evening barbecue. On Sunday a road run through the Oxfordshire countryside towards the village of South Moreton followed by a pub stop at the Red Lion was the order of the day.

Making one of it’s first public appearances was Andy Humphries “AF” type 1930 Aveling and Porter Steam Roller. Purchased in April by Andy, a few jobs have been undertaken including a piece in the boiler barrell.

Also in attendance was Martin Fagg’s unique Foster wagon, sporting a bright machined flywheel face, a feature Fosters put on a number of their engines.

A great day was had by all in what finally felt like a Summers weekend. 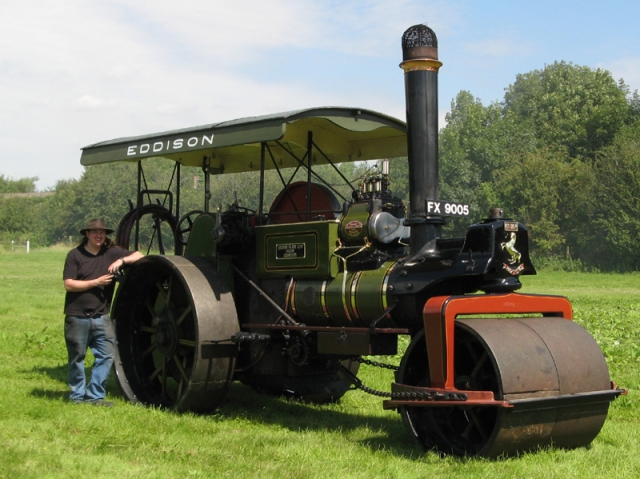 3 Responses to The Cholsey Chuff